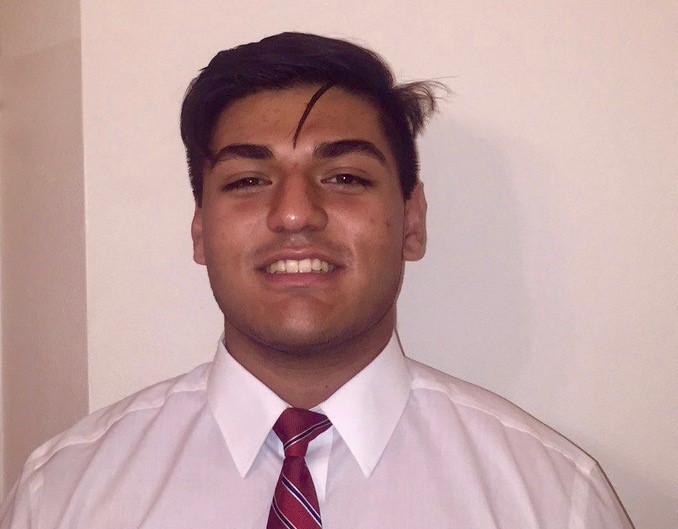 San Antonio, Texas – April 8, 2017 – Douglas Karam, a junior Lee HS football player from the NEISD STEM Academy has been selected as an AQUAS (Assistance for Qualified Underprivileged Athletic Scholars) scholar-athlete.   Karam becomes the 42nd student to receive this honor since 2009.

AQUAS is a 501 (c)(3) non-profit organization that is identifying underserved high school athletes who have demonstrated high academic performance.  These students may not have received much national visibility for a number of reasons; thus college coaches are not aware of their skills.  AQUAS overcomes that problem as it puts these selected students in front of collegiate athletic departments until the right academic and athletic matches are found and some financial support from the gaining university has been secured.

Douglas Karam is a young man determined to give back to the community.  Through the National Honor Society in his school, he has been active in multiple food drives, veteran parade flag planting, and Christmas caroling during the season.  This “paying forward” philosophy originates with his family as Doug and his father continually visit the SAMM shelter and different food processors in the Alamo City to obtain resources to help feed the hungry.

Academically Karam exhibits why he is at the STEM Academy.  He is carrying a weighted 114 GPA and is in the top 15% of his class.   His dream is to attend the Air Force Academy and then to go on to become an orthopedic surgeon.

Probably one of the smallest lineman in NEISD District 26-6A, this hard fighting and determined football player has proven himself over his young career and this past year attained All-District honors in a very tough district.

The Chair of the AQUAS Selection Committee, Lorena Contreras, was impressed with Karam’s maturity.  “Douglas is so focused on his goals,” Contreras remarked, “that he leaves little doubt that he will accomplish all that he sets out to do.”  Col. Hugh Mulligan, CEO and Founder of AQUAS, states, “Just sitting and talking to this young person, you soon become aware that you are in the presence of a teen-ager who is mature beyond his years.  His family, his school, his team can all stand proud that Douglas Karam is representing all of you with such integrity.”