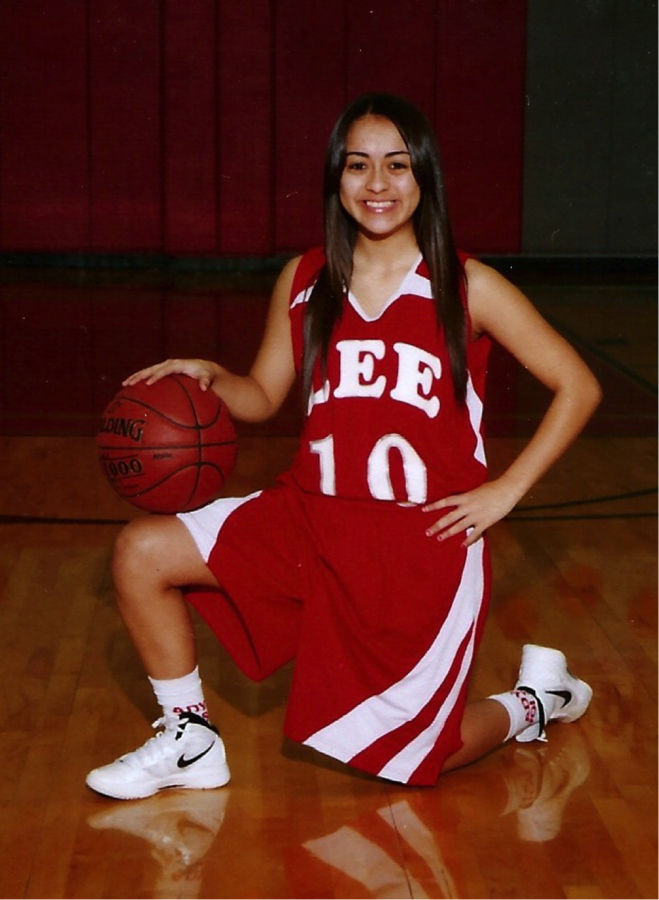 San Antonio, Texas – April 22, 2014 – Sabrina Hernandez, a junior basketball player from Robert E. Lee High School in the Northeast Independent School District (NEISD), has been selected as an AQUAS scholar-­‐athlete. Sabrina will be graduating in the spring of 2015 and plans to enter college to seek her degree in Pre-­‐Med (Psychology).

A 501 (c)(3) non-­‐profit organization, AQUAS (Assistance for Qualified Undergraduate Athletic Students) identifies underserved high school athletes who have demonstrated high academic performance. These students may not have received much national visibility for a number of reasons; consequently college coaches are not aware of their skills. AQUAS overcomes that problem as it puts these selected students in front of collegiate athletic departments until the right academic and athletic matches are found.

Sabrina has been a shooting guard for the Volunteers throughout her career. A fierce defensive player, this young woman can put up the 3-­‐ball when needed, penetrate the middle, and finish a fast break consistently. Sabrina is also a 75% free-­‐throw shooter. She has played some at the point but considers herself primarily as a two-guard. Sabrina is also a starter on her club team the San Antonio Crossover.

Not only an athlete, Sabrina is a member of the National Honor Society! An honor roll student, she has her heart set on being a first-generation college graduate in her family. She has long had an interest in psychology and plans to pursue that discipline as a career.

Lorena Contreras, Chair of the AQUAS Selection Committee, commented that Sabrina Hernandez demonstrates her leadership capabilities both on and off the court. COL Hugh Mulligan, CEO of AQUAS, noted that the love and dedication Sabrina exhibits for her family and the deep relationship between mother and daughter

inspire her to focus on her goal of giving back not only to her family but also to her community in appreciation for all the support she has received.