FOR IMMEDIATE RELEASE:
LEE Football Captain Commits to The Citadel

San Antonio, Texas – February 14, 2018: Douglas Karam, who will be graduating from the STEM Academy of LEE High School in May of 2018, has committed to attending The Citadel in Charleston, SC as a member of that school’s prestigious Corps of Cadets in the fall. Karam had been selected as an AQUAS scholar athlete a year ago. In a visit to the college in January, Karam noted the different life style of the cadets, one that is centered on academic and whole life discipline and now embraces the challenge of his new journey. Karam hopes to play football as a walk-on candidate.

The Citadel, and its South Carolina Corps of Cadets numbers 2,300 and, along with Texas A&M, is one of the largest uniformed bodies in the U.S. with women comprising 8% of the Corps. The Citadel Bulldogs athletically compete as an NCAA Division I team in the Southern Conference. The Corps of Cadets combines academics, physical challenges and military discipline; all members are required to participate in their ROTC Program. In 2017 for the seventh consecutive year, U.S. News & World Report ranked The Citadel highest among Master’s degree offering public institutions in the “Regional Universities – South” category and fourth out of all 94 universities (public and private) in the same category.

AQUAS is a 501 (c)(3) non-profit organization that is identifying underserved high school athletes who have demonstrated high academic performance. These students may not have received much national visibility for a number of reasons; thus college coaches are not aware of their skills. AQUAS overcomes that problem as it puts these selected students in front of collegiate athletic departments until the right academic and athletic matches are found and some financial support from the gaining university has been secured. In some cases financial aid may not come through athletics and instead from other university resources. The AQUAS goal….a college diploma!

When the AQUAS selection Committee interviewed Karam the chair of that committee and AQUAS VP Lorena Contreras remarked, “This is the kind of young man that AQUAS is interested in. He is an athlete that has also demonstrated academic excellence and has been involved in organizations that are giving back to his community.

COL Hugh F. Mulligan Chairman and CEO of AQUAS and himself a Citadel graduate noted, “Douglas has a career goal of becoming a military orthopedic surgeon. Attending this college is his best route to attain his objective. He will be a valuable asset to the Corps of Cadets and will certainly embrace the core values of the college, Duty, Honor, Respect!”

END_OF_DOCUMENT_TOKEN_TO_BE_REPLACED 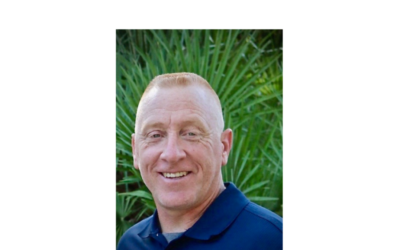