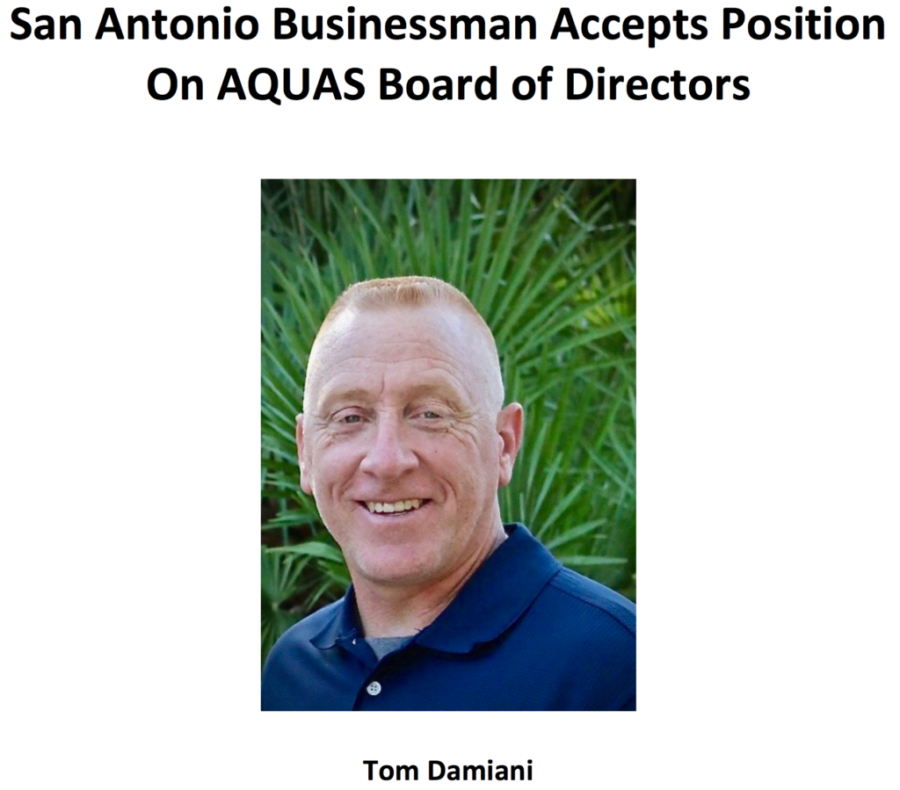 San Antonio, Texas – March 3, 2018 – Tom Damiani, originally from Kansas City, Missouri has accepted a position on the Board of Directors of AQUAS.

These students may not have received much national visibility for a number of reasons; consequently, college coaches may not be aware of their skills. AQUAS overcomes that problem as it puts these selected students in front of collegiate athletic departments throughout the nation until the right academic and athletic matches are found and funds are identified to help defray the cost of their education.

Damiani, owner of Damiani’s Comfort Design Heating and Air Conditioning since 2004, lives in San Antonio, TX, with his wife Jennifer, a middle school reading teacher, and their two daughters Molly and Allison, who both participate in fast pitch softball not only at their high school but also on club teams. His oldest daughter Molly will continue to play Division I softball at Texas State University beginning in the fall of 2018. Tom grew up in Kansas City but moved with his family to Dallas, Texas, when he was 13, where he attended W.T. White High School. He continued his education at Southwest Texas State University, now known as Texas State University, in San Marcos, Texas. He received a Bachelor of Business Administration Degree in 1991.

Damiani has a passion for giving back to the community, specifically to the kids of the community. In college, he helped a local elementary school counselor create a Big Brother/Big Sister program, which utilized local fraternity and sorority members as mentors for the kids. This program thrived, and both Damiani and the elementary counselor received national recognition for this venture. Damiani and his family have helped the Downtown San Antonio Rotary Club build several playgrounds for areas of San Antonio that had no such play structures for kids. He has volunteered as a coach for both his daughters’ teams for many years, and he and his family are involved yearly with the Special Olympics Spring Games as volunteers. Clearly, community service is an important part of the Damiani family culture.

When Tom learned of AQUAS, he knew it was a cause to back. He commented, “When I learned what AQUAS was all about, I wanted to help. I have been involved with the college recruiting process for both my own children as well as hundreds of other kids with the organization I coach for. I have seen many very talented kids over the years fade into the background and eventually disappear simply because they didn’t have the resources to travel and go to all the camps they needed to attend to be recruited. These are some very good and talented kids, and I love that AQUAS gives them a platform and a voice to accomplish their dreams.”

COL Hugh Mulligan, Founder and Chairman of AQUAS said, “When Tom said he wanted to be an integral part of AQUAS, we were very excited”. Damiani has spent considerable time with Mulligan and Lorena Contreras, Vice President of AQUAS. Mulligan went on to say, “Lorena and I found Tom to have the vision to bring AQUAS to the next level here in San Antonio. His ideas reflect his passion to help underserved children in the community continue their education and to move on to get their college degree.”

END_OF_DOCUMENT_TOKEN_TO_BE_REPLACED 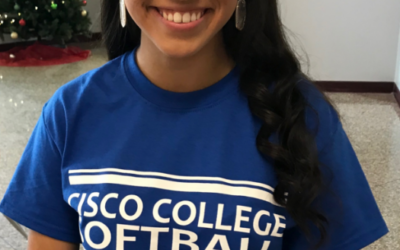